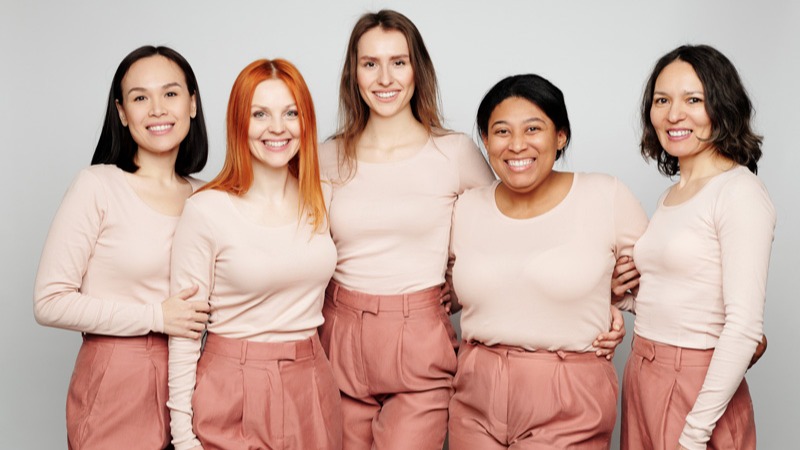 Why money is a feminist issue

What's the issue? Money favours men. Or at least, our societal structures do...

Money is a taboo. It’s rude to ask someone how much they earn, or to reveal how much your rent costs. Yet the more we don’t talk about it, the more powerful money becomes. By not talking about the elephant in the room, we ignore its impact and can’t make steps to improve the situation. What is the situation? Our economic structures favour men.

Defined by the Oxford Dictionary as ‘the advocacy of women's rights on the ground of the equality of the sexes’, feminism recognises the social, political and economic disadvantage that society places on women. Its goal is to achieve gender equality. From pay to representation, via tax and policy, women in 2022 remain disproportionately affected by economic matters. We can all take steps to address this. The first step is becoming aware of the issues.

Across all sectors, women are averagely paid 14% less per hour than men. In the financial sector this figure, reported by Reuters in 2018, rises to a shocking 30%. At an individual level, it can be easy to feel helpless in the face of such bleak figures. While the onus is definitely on organisations and government to implement equal pay policies, we can all create ripples of change that make a difference. Start with a conversation about pay. If we don’t talk about how much we earn, we can’t identify pay inequality. In creating a culture that is open about money, about how much we’re paid, about our benefits, we can improve awareness of equal pay and mitigate unfair compensation.

As well as being paid less, women are also disproportionately taxed. Period products, such as sanitary towels and tampons, are essential items for many women. Yet until January 2021 these monthly necessities were classed as luxury items and taxed as such, while razors marketed to men were not. It’s an overdue victory that this so-called tampon tax was removed, but an important reminder that outdated structures were not left behind in the 20th Century.

While policies are reasonably tangible and somewhat easily amended, stereotypes and societal values are much harder to change. Men remain the stereotypical breadwinners, women who prioritise their careers can be met with judgement, and parental leave policies can leave women on the back foot. A recent Twitter campaign, launched by US-based company theSkimm, challenged companies to share their shared family leave policies with #ShowUsYourLeave. This gave organisations an opportunity to step up and enabled individuals to call out specific businesses, creating a small cultural movement. The results highlighted that parental leave policies are slowly changing to remove gender bias, and served as a wake-up call for companies yet to update theirs. It’s undeniable that much more than just parental leave policy has progressed since the early 1900s, but gender inequality remains evident in all aspects of society, especially in economic structures. These entrenched values can be hard to identify, but offer an opportunity of change for every individual - whether calling out the problem, reassessing our own preconceptions, or advocating for change, all action has an impact.

At Creditspring, we are proud advocates for gender equality in all areas. We also believe in being accountable, and backing up our words with action: 43% of our employees are women, led by a 40% female C-Suite. All Creditspring employees, regardless of gender, are paid within benchmarked bands and provided the same benefits to avoid gender-based discrepancies. Historically, women have not been well-represented or treated within the finance industry, which makes us all the more determined to bypass that outdated pattern.

‘Gender diversity within financial services may have improved over previous decades but clearly there is still a long way to go. For Creditspring, diversity is vital to how we operate as internal diversity allows us to better understand our customers and their needs. Plus, gender balanced senior leadership ensures balanced skillsets and leads to a happier, more productive workforce.’