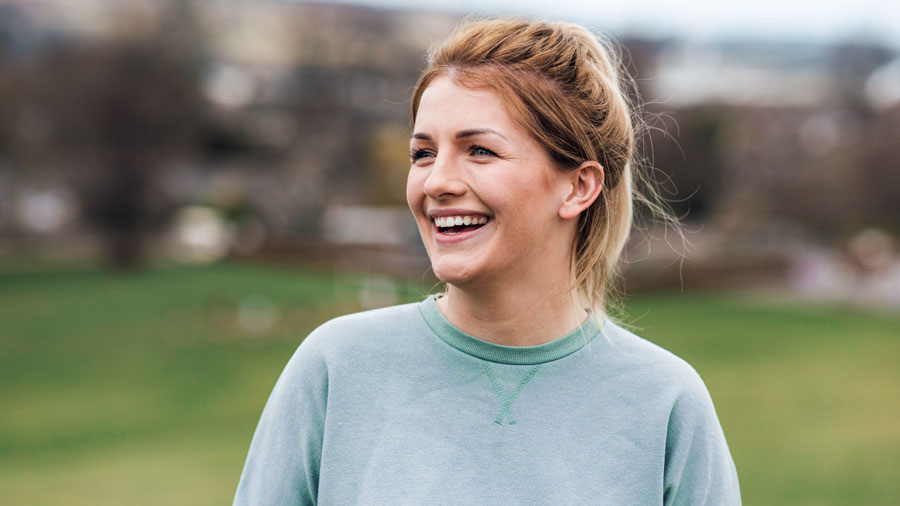 What are your financial goals? We caught up with Plus member Joanne in-between her volunteer work, to find out how Creditspring is helping her become debt-free.

Joanne entered 2022 with one aim: to clear her overdraft. Put off by high-cost lenders in previous years, Scotland-based Joanne made the decision to start searching for credit-building loans and began looking for online lenders. She came across Creditspring and, despite her previous resistance to loans, was instantly attracted by the fixed-fee membership. Being cheaper than the alternatives, Joanne decided she could save a lot of interest by applying for a Creditspring membership.

Spurred on by the rising cost of living, Joanne made her application to become a Creditspring member.

‘It was really quick and really easy,’ says Joanne. ‘It took less than five minutes.’ After being accepted, Joanne waited 14 days and took out her first £500 loan. She used it to start clearing her overdraft. ‘It’s such a cheap way to do it. Even if you add up the membership fee it still works out a lot cheaper,’ Joanne explains. ‘You’re not continuously paying back interest without paying back the loan.’

For Joanne, saving pennies now is more important than ever. When asked if inflation has affected her in any way, Joanne’s response was immediate.

‘Absolutely. Everything is astronomically dear. Electric is so expensive, shopping is ridiculously expensive - I’m shopping around more to find cheaper products and have cancelled subscriptions that have gone up. I can’t justify them anymore.’

Clearing her existing debt is a huge step towards financial stability for Joanne, and one which will make her more secure in the face of the cost of living crisis. The unwelcome surprise of unexpected expenses, such as her car breaking down, has blocked Joanne’s path to achieving her financial goals previously. She admits resorting to using Klarna, an unregulated ‘Buy Now, Pay Later’ lender, once in the past. Describing it as ‘fine’, Joanne added that with hindsight she didn’t know the detail of what she signed up for. ‘I would prefer to wait and pay when I have the money.’ While providing her with valuable insurance against unforeseen costs, the fact that her Creditspring membership also gives Joanne the opportunity to improve her credit score is a win-win.

Around her life as a busy volunteer at three different charities in east Scotland, Joanne is now well on her way to clearing her debt. She logs in to her Creditspring account at least once a month and is improving her credit score with every on-time payment.