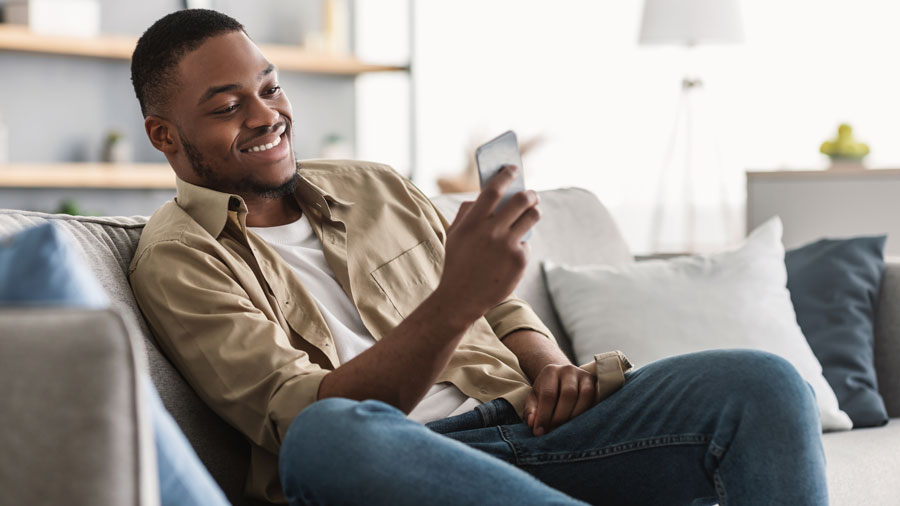 How much do you know about the UK’s financial system? As an ex-pat, Step member Thulani knew next to nothing when he moved to the UK. Here he explains how Creditspring helped him improve his financial stability.

‘When I moved to the UK from South Africa,’ explains Thulani, ‘I had no credit record as it was a new country.’ The pandemic meant that the job he had arrived for never materialised, so he struggled for a year: ‘It created a backlog for me, financially.’ On top of unemployment, Thulani’s non-existent credit report caused issues he hadn’t anticipated. ‘I couldn’t even get a sim-only deal in my first year of being here.’ With little to no information provided when he arrived, Thulani had to do his own research into what he needed to become financially stable. Despite having had a loan before, Thulani hadn’t had a great experience and so felt wary of taking another one, explaining, ‘With access to loans you can sometimes take more than you need. It’s important to think it through before getting the money.’ Through his research, Thulani realised that the best way to build his credit quickly was through on-time payments to a lender, and so he began to search for credit-building loans. He found Creditspring.

The application was so quick and easy that Thulani even doubted the service would work. ‘It was straightforward, but they did a proper check. Then I got the offer.’ Once accepted, Thulani read the onboarding emails to understand how his Creditspring membership works. As a Step member, Thulani pays a £5 membership fee per month, which is reported to the UK’s main credit reference agencies: Equifax, Experian and TransUnion. These on-time regular payments help build his credit history. Thulani’s membership also gives him access to two small loans totalling £300 - a manageable amount insuring him against unexpected expenses and any more financial backlogs. Each month, Thulani logs in to his account to check his balance and see how his credit-building journey is going.

As he headed into 2022, Thulani set a goal for the year: to buy a house. ‘I’m someone who hasn’t been very disciplined with money, but I’m trying to save up for a deposit.’ From arriving in the UK not knowing anything about the financial system, to becoming more confident about accessing resources for financial stability, Thulani’s credit-building journey with Creditspring has set him on the right path to achieve his money goals.